(Cincinnati, OH) — Cincinnati-based Rhinegeist Brewery is excited to announce its expansion into Nashville, Tennessee, bringing its full line of products to the Music City for the first time. Starting in early March, Rhinegeist will be available on draft and in cans throughout the state capital, a follow-up to the brewery’s limited, draft-only launch in late January. 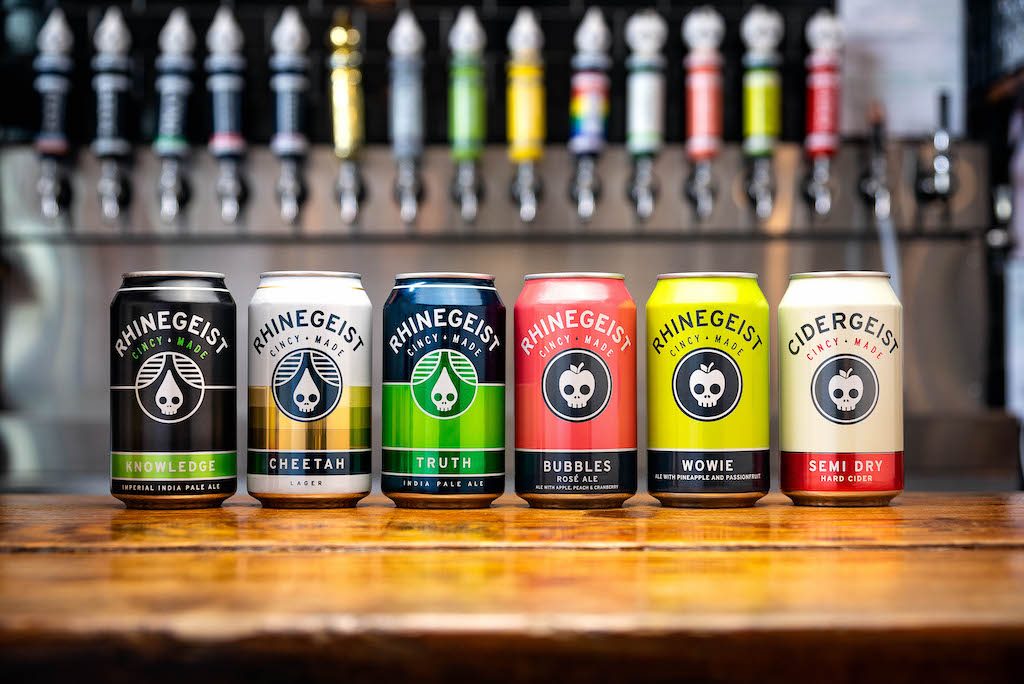 For Rhinegeist co-founders Bryant Goulding and Bob Bonder, the chance to expand distribution to a thriving cultural center like Nashville is a thrilling opportunity for their five-year-old brewery.

“There are few cities as dynamic as Nashville right now,” said Bryant Goulding, Co-Founder of Rhinegeist Brewery. “Nashville has a strong and proud history with music, creativity and taste flowing through its veins. We appreciate the craft beer culture that has been built here by great brands in Nashville and are looking forward to plugging our brand into this fine and wild city.

We continue to work on building a great culture and delivering quality and innovation here at Rhinegeist and have found a like-minded partner in Bounty Beverage to introduce and sell our brands in Nashville. We’re very hopeful Nashville will embrace our liquid vibe and are planning to enjoy the process – Nashville certainly delivers on Fun.”

Rhinegeist will bring an array of products to the Music City in March, headlined by their year-round portfolio of beers, fruited ales, and ciders:

In addition to these staples, a slew of seasonal and limited rarities will rotate on shelves and taps throughout the year, including hard-to-get creations from Rhinegeist’s award-winning barrel aged and sour beer programs.

To get these products into the hands of local purveyors and consumers, Rhinegeist has partnered with Bounty Beverage, Tennessee’s only distributor of 100% American craft beer.

“I was born and raised in Ohio and couldn’t be more excited to partner with Rhinegeist to bring their beautiful cans and draft to Nashville,” said Kurt Strickmaker, Founder & President of Bounty Beverage. “After 5 years of knocking on the brewery’s door, we mutually decided our cultures align and Bounty was chosen to build the excitement in middle Tennessee for Rhinegeist’s brands. I truly feel blessed and lucky to be working with such an organized and talented brewery. The entire crew at Bounty is ecstatic to welcome them to our portfolio of better beer!”

Rhinegeist will be kicking things off with a host of launch events in Nashville the week of March 4th. Event locations and times will be announced in late February on Rhinegeist’s social media and will be posted permanently at http://www.rhinegeist.com/ nashville.

Looking for Rhinegeist suds? Check out their Beer Finder at https://rhinegeist.com/beer/find/ or email [email protected] and they’ll help you locate their liquid.

Rhinegeist Brewery was founded in 2013. Its name translates to “Ghost of the Rhine” and refers to its location in the historic Over-the-Rhine Brewery District in Cincinnati, Ohio. Located in the skeleton of an old brewery built before Prohibition, Rhinegeist aims to brew beers that sing with flavor. The Rhinegeist team believes in the power of beer to bring great people together, foment fantastic ideas, and build a community that values craft beer and one another.