(Alexandria, VA) — On Friday, March 1, Port City Brewing Company welcomes back Metro Red®, a Double Red Ale, as one of our Limited Release brands. This crimson colored hop-forward red ale was first brewed by Port City for DC Beer Week in 2015 and has become a fan favorite of our beer lineup. 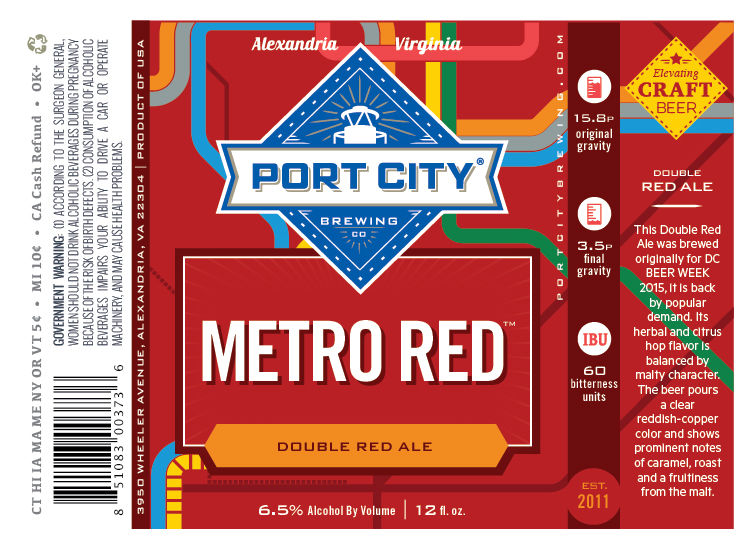 “Our brewers made Metro Red, for a one-off release with no plan to add it to our production calendar,” says founder Bill Butcher. “The demand for it to be brewed again was so astounding we have since made it every year including putting it in bottles in 2016.”

The 6.5% ABV beer marries juicy, citrusy hops with a biscuity, slightly sweet malt character – a study of boldness in balance. Take a sip and think of orange marmalade on toast. Port City will celebrate Metro Red’s return with a release party at the brewery on Friday, March 1, with market releases following.

Port City Brewing Company is an award-winning brewery that brews, serves, and ships beer to the D.C. and Mid-Atlantic market. They brew an exciting lineup of year-round brews, as well as an innovative slate of seasonal and occasional beers. 2015 Great American Beer Festival® Small Brewing Company of the Year.