(Frisco, CO) – Weston Snowboards and Outer Range Brewing are excited to launch their newest collaboration, The Rise. New for ’19-’20 Weston is launching their women’s all-mountain board the Rise. 10% of all profits the Rise will go towards creating a scholarship fund for women to get their American Institute for Avalanche Research and Education (AIARE) certification. 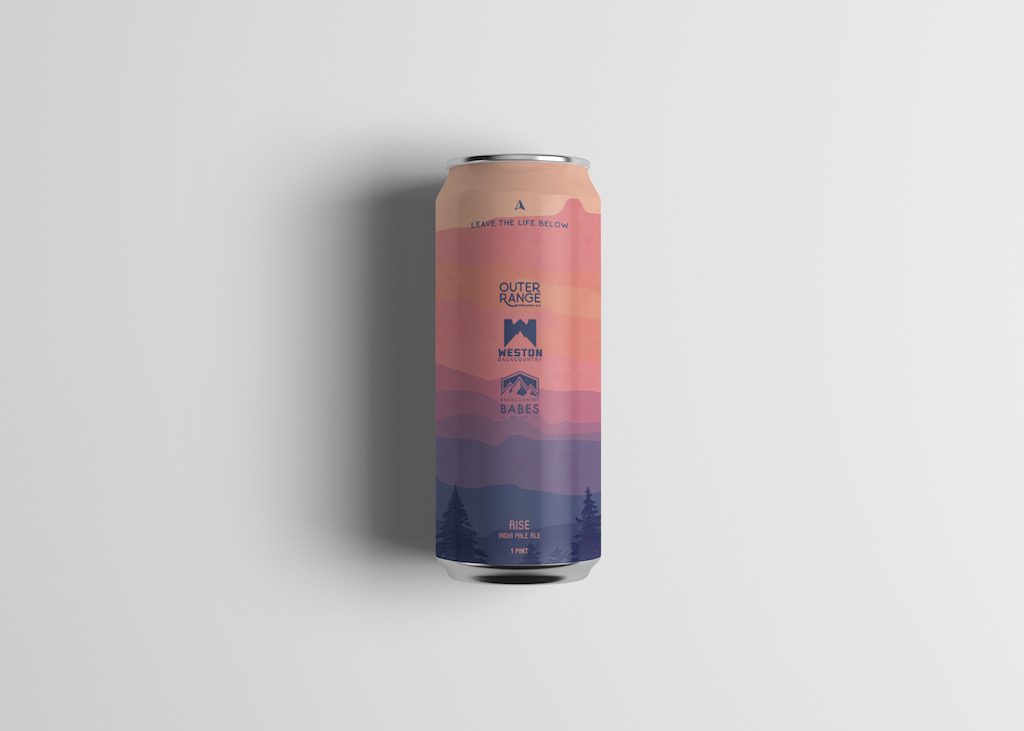 To celebrate Weston Backcountry teamed up with woman-owned Outer Range Brewing Co. in Frisco, Colorado, on a limited edition “Rise” beer that shares the same graphics as the board, as well as a portion of the profits from the beer will go to the scholarship fund. The beer is a hazy New England style IPA featuring Citra, Mosaic, Hallertau, and Motueka hops and will be available starting Saturday (Feb. 16th) at their Frisco brewery.

“As a woman-owned brewery that hopes to promote the mountain lifestyle through craft beer, we are stoked to have the opportunity to partner with Weston to empower women in their pursuit of backcountry adventures,” said Emily Cleghorn, co-founder, and CMO of Outer Range.

They will be throwing a launch party starting at noon on the 16th that will feature a free backcountry 101 session in the Outer Range Yurt, a beacon search for beer, a raffle of a Rise Splitboard, and of course plenty of beer!

“At our core, we are about building community in the skin track,” said Sean Eno, Marketing Director of Weston Backcountry. “As we aim to grow and diversify the community of people accessing the backcountry, empowering more women to get into the mountains is just the right thing to do.”

The Rise snowboard features a directional twin shape with a rockered tip and tail and camber between the feet. Sporting all the same carbon supports as its award-winning brother board the Range, the Rise features a freeride flex that can take anything the mountain throws at it. To accommodate smaller riders Weston narrowed the waist width and incorporated a weight saving Pawlonia wood core. The top sheet and beer label art was designed by Minturn based artist, Shannon Kennedy.

The scholarship will be in partnership with Backcountry Babes, a woman run outdoor travel company whose mission is to “inspire women through outdoor adventure.”

Weston Backcountry is a snowboard brand based out of Minturn Colorado specializing in backcountry and freeride oriented snowboards. Since 2016 their boards have one just about every award out there including Outside Gear of the Year, TransWorld SNOWboarding Good Wood, Back to Back Editor’s Choice from Backcountry Magazine and others. Built around community, Weston aims to empower people to explore the backcountry in a safe manner. Each year they organize over 100 events aimed at backcountry education and raise funds for important causes such as the National Forest Foundation, AIARE, 10th Mountain Division Foundation and others.

Outer Range Brewing Co. is a microbrewery that specializes in IPAs and Belgian ales in the small town of Frisco high up in the Colorado Rockies. Since opening two years ago, Outer Range has been awarded the 2nd Best New Brewery in the US by USA Today (2017), Top 15 Breweries in the US (2018) by Hop Culture Magazine, and their In the Steep IPA was awarded Top 5 Beers of the Year by Craft Beer & Brewing Magazine (2018). Cofounders Lee and Emily Cleghorn met in Manitou Springs, CO back in 2009 when they were both serving in the Army, Lee as a Special Forces Green Beret and Emily as a Military Intelligence Officer. Brewing and snowboarding were their two main outlets from the stresses of military life. After multiple deployments, they decided it was time to fuse their love of mountains with their love of craft beer and Outer Range was born. Outer Range Brewing Co. is focused on brewing the great styles of craft beer that inspire them, and they strive to be a place and source of inspiration for the people that choose to leave the life below.

Founded in 1997, Backcountry Babes is an outdoor education program that specializes in cultivating women’s leadership in the outdoors. Backcountry Babes creates a confidence-inspiring, fun and supportive environment for learning with the goal to support women in gaining the skills to pursue outdoor adventures, whether backcountry skiing, backpacking, boating, or biking. Backcountry Babes currently operates in Alaska, Colorado, California British Columbia, and Japan.